The evolution of one trick: 19th century entertainment reincarnated

Is there a history of projection mapping? Sure, but is there a line of development? People started calling projection mapping as so only after 2000. There was a cinema, branding, video art, and scenography, but even before these? The end of the 60s brought projections on a varied surface, that people keep naming as the first video mapping of its kind.

It didn’t happen in a gallery. But at Disneyland. This was the time when Disneyland actually could boast with a truly experimental approach. In the year 1969 Haunted Mansion ride opened. The whole Haunted Mansion was, in fact, an edgy fantasy about the 19th century and it’s „earthly remains“. The new tricks actually revisited experimental theatre effects from the 19th century, that at that time appeared one after the other, perfecting the illusion and claiming to be the new epoch-making inventions. Haunted Mansion offered different spooks, like Madam Leota (talking head of the make-up artist, projected on a mask or a mirror). One of the most sensational was probably a dancing hall full of holograms, using the trick of Pepper’s ghosts, allowing figures and phantoms to really seem to be floating in the air, while they reflect on a foil or plexiglass, invented in 1862 by a scientist. Since the year 1969, it was possible to see these tricks anywhere Disneyland appeared. The trick of the highest integrity was an installation called ‘Grim Grinning Ghosts’ (after the song sang by ghosts of dead people), which consisted of a 16 mm film projection of five whimsical singers on five white busts. This trick became a sort of Disneyland evergreen, and it could be seen later in many mutations, including the varied detail of the busts.

In other words, the trick appeared in of the most frequently visited venues of the time. Without exaggeration, it can be said that Disneyland helped the 19th century inventions survive. As the different techniques that lead to photography or film, many of these tricks lost momentum in the course of history, because they were beaten with inventions that more easily produced a more realistic effect. Disneyland much probably caused mainly that these techniques could be seen in the 19th century environment, dressed as something scary and mysterious. (In the 80s effects based on the same technique started to appear as a form of artwork, once again with uncanny connotations; like the work of Tony Oursler or Krzystof Wodiczko, projecting talking people on sculptures or architecture, merging their forms.) 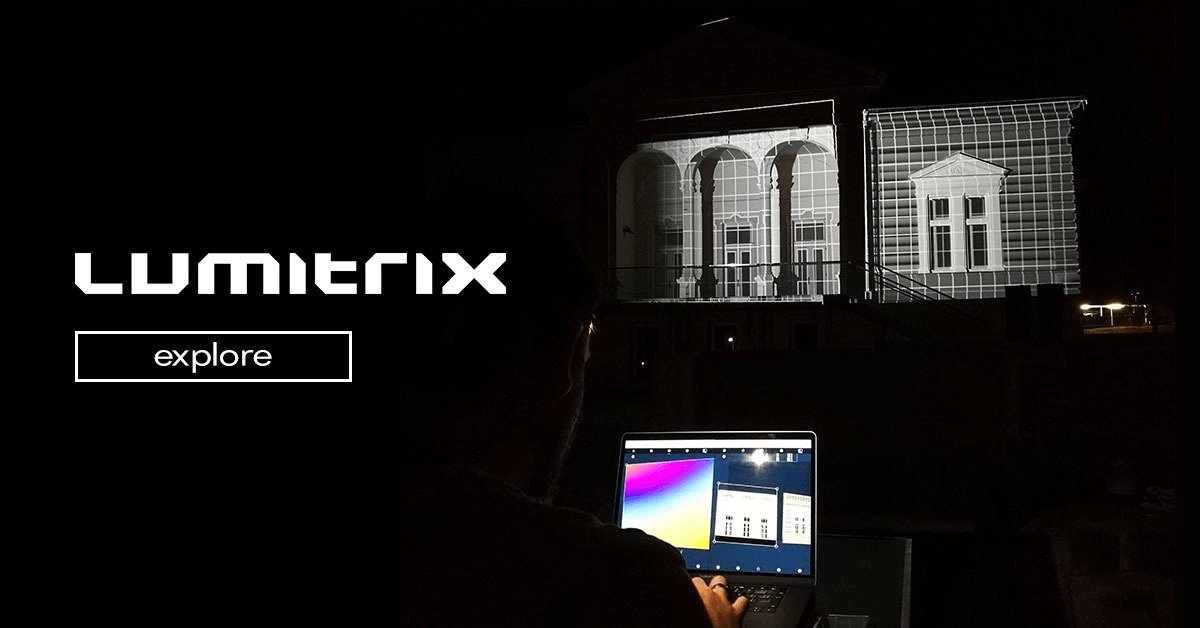 The uninterrupted line of video/projection mapping works starts at about 2006. But beforehand, there were a few artworks and Disneyland. The bridging point in its evolution might be an enthusiastic project ran by the Bates family in Utah since 2002. That year the father of the family could finally connect his passion for making video and Halloween because of new powerful projectors and the fact he could loop a sequence on a computer. He projected from the house of his neighbors and recalls: „At the last minute I realized I needed something to project onto in the middle of my yard, so I threw together the mausoleum out of an old gate set piece I had in my attic, and a piece of cardboard. I also whipped up gravestones for my family out of 3 old gravestones for others (don’t look at the back). It turned out better than I could have imagined. The teeth and eye are mines. Also, the ghosts are my family including my 8 months pregnant wife…“

By continuing to browse the site you are agreeing to our use of cookies.